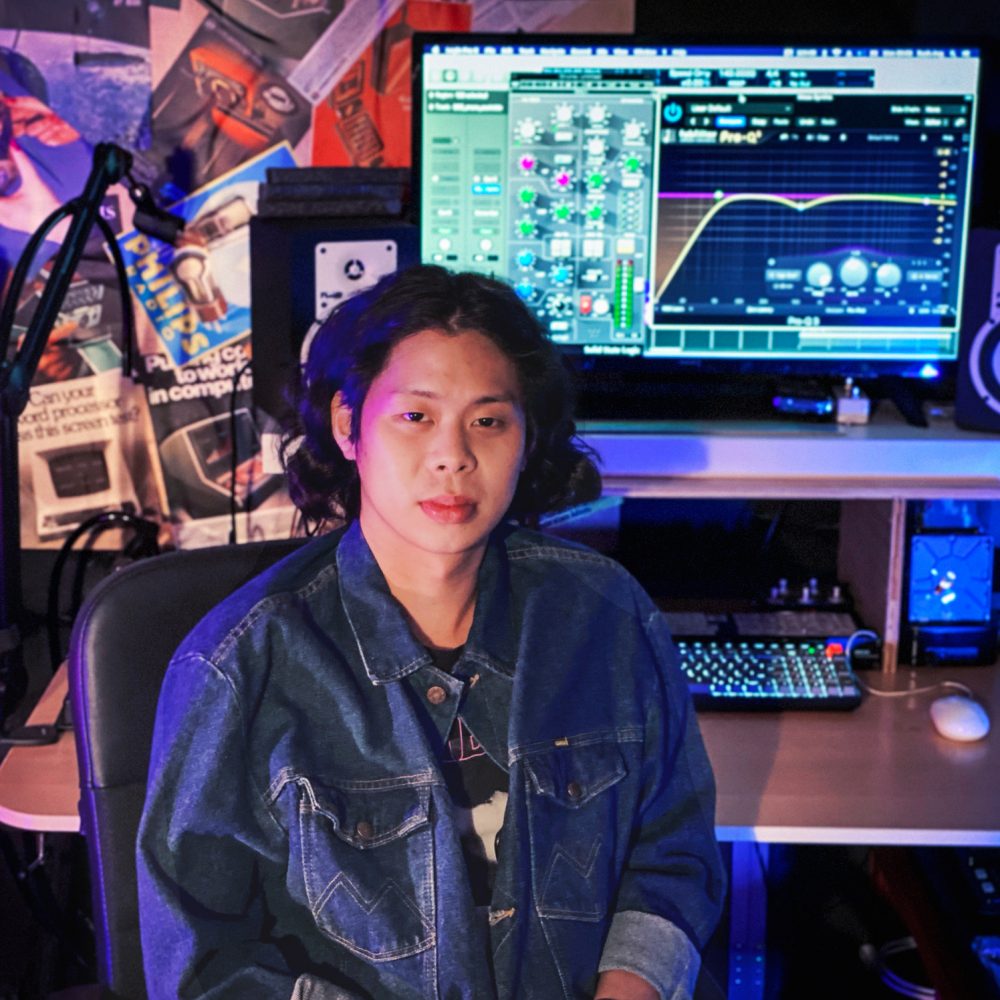 Rush Ang is a graduate with a BA (Hons) in Creative Musicianship from ICMP (Institute of Contemporary Music Performance, London). Currently an events and music partner with Retro Gate Singapore- a vintage clothing store by day- Rush oversaw Retro Gate’s swift transformation into a versatile and multi-conceptual space that also serves as an eclectic arts and live music venue.

Rush is also a guitarist for Disco Hue, a four-piece synth-pop band based in Singapore. The group earned its widest acclaim to date in 2019, when it featured at the main stage of that year’s Neon Lights Festival alongside HONNE and Mumford & Sons, just months after releasing its much-anticipated debut full-length album The Yearbook with Warner Music Singapore.

Rush’s long-standing passion, however, lies in all things production. His vast, in-depth knowledge and technical proficiency in video and live music production- as well as his extensive hands-on experience in both fields- were what enabled him to build an impressive film and event portfolio in both Singapore and London over recent years. No doubt planning to further hone his craft in the years to come, Rush hopes that the combination of his skills, effort and experience will provide a useful platform to eventually achieving his ambition of becoming a Creative Director.

WhatsApp Chat is free, download and try it now here!

× Message us for course inquiries