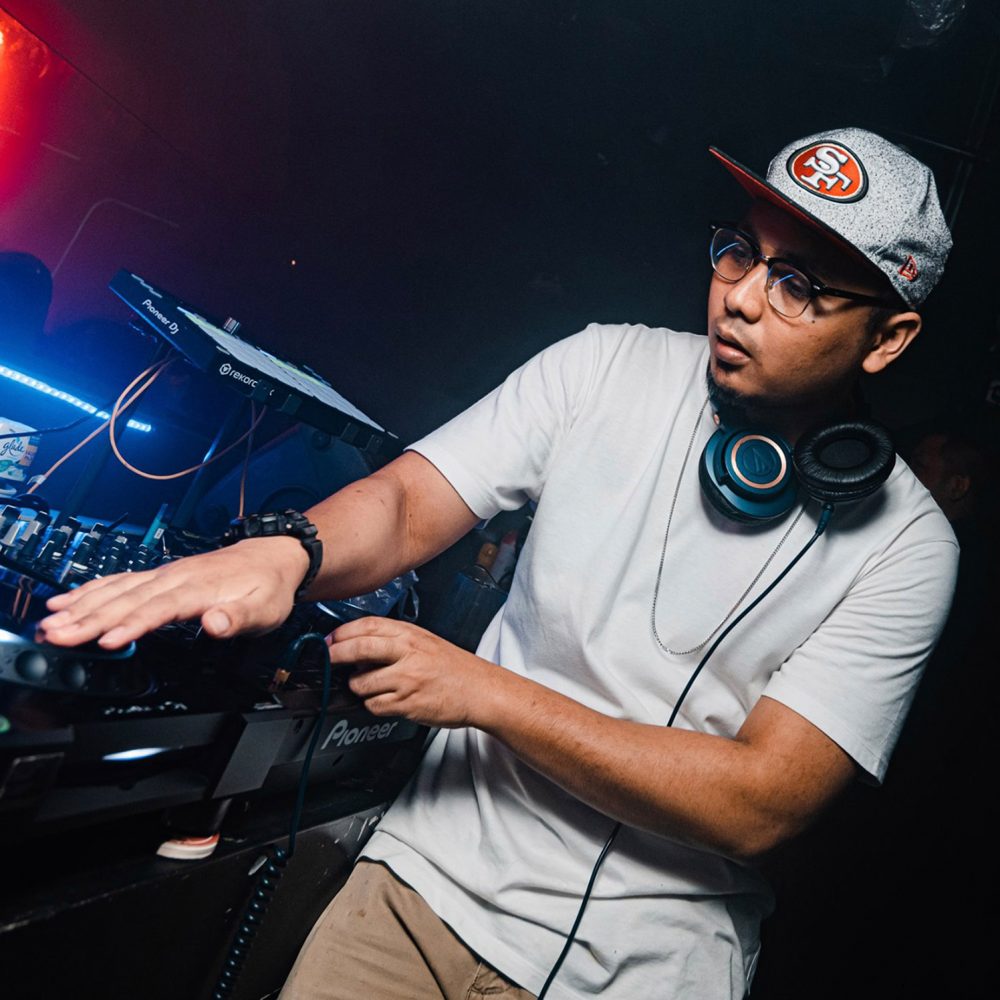 Currently the resident DJ of GetJuiced, Hanif is also the founder of a HipHop collective in Singapore called DEMENTED 65. He began his DJ Career in 2009.

Since then he has spun at some of the hottest night spots in Singapore such as Canvas, Fashion TV Club Singapore and Altimate just to name a few. He had also played alongside international acts like IYAZ, Ace of Base and Boy George.

A lover of music since his school years, DJ Hanif developed his sense of rhythm and musicality from playing musical instruments such as the trumpet, french horn and the drums. He then studied Audio Engineering to enhance his skill in audio production, a skill considered enormously useful in any DJ’s career.

He also doubles as an Electronic Music Producer, producing and remixing/bootlegging music tracks that he drops exclusively on his event nights. With the knowledge and experience in music that he has acquired over the years, there’s no doubt that he knows how to smash the dance floors.

DJ Hanif’s pet genres include Trap and Hip Hop. He is widely known for his technical versatility as well as cross genre mixing in which he never fails to captivate the crowd. An all-rounded talent, he flawlessly combines mixing with the art of turntablism in order to bring the party to another level.

WhatsApp Chat is free, download and try it now here!

× Message us for course inquiries